The conditions and prerequisites of the human development are defined not only by the quality but also by the nature of the distribution of resources between people. The essence of the problem consists in the fact that the current mechanisms of the formation and redistribution of the income among the population work only in favor of the rich, while the remains are left for the provision of the poor. The inequality in income and financial status results in the decreased rates of the housing affordability and poverty. The given research paper will discuss the causes of homelessness, including employment discrimination, the inability to afford housing and the recommendations aimed to combat poverty and homelessness.

The affordable housing has been less invested recently. The share of Americans owning housing decreased down to the historical minimum in the first quarter of 2015. It is caused by the unaffordability of housing for masses, and the achieved “debt pyramid peak”, which makes the compensation of the demand for the sake of the further growth of debts impossible, because the American middle class has a lot of loans and other financial obligations.

There are two main natural causes for the growth of the real estate prices and the decrease of the investments into the affordable housing. They include inflation, housing deficiency and the growth of life cost. The inflation rates steadily exceeded the forecasts of economists and composed 40% in 2015. The previous four years showed the situation at which the housing affordability is limited not so much to the rise in the price for a square meter but the increase of the cost of life. 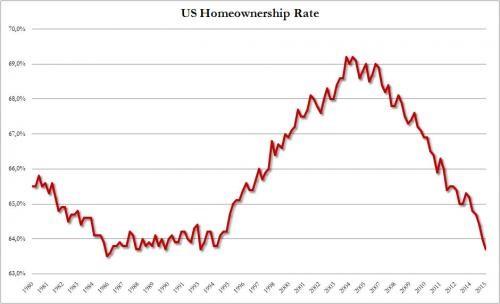 The income of the population does not catch up with the growth of the prices for food and goods of daily demand, and also housing services. As a result, people have fewer opportunities to buy housing. The investment demand also a little decreased - from 20 to 17% in January 2015. It is caused by the serious gap between the increase in prices for real estate and wages (Fig. 2). 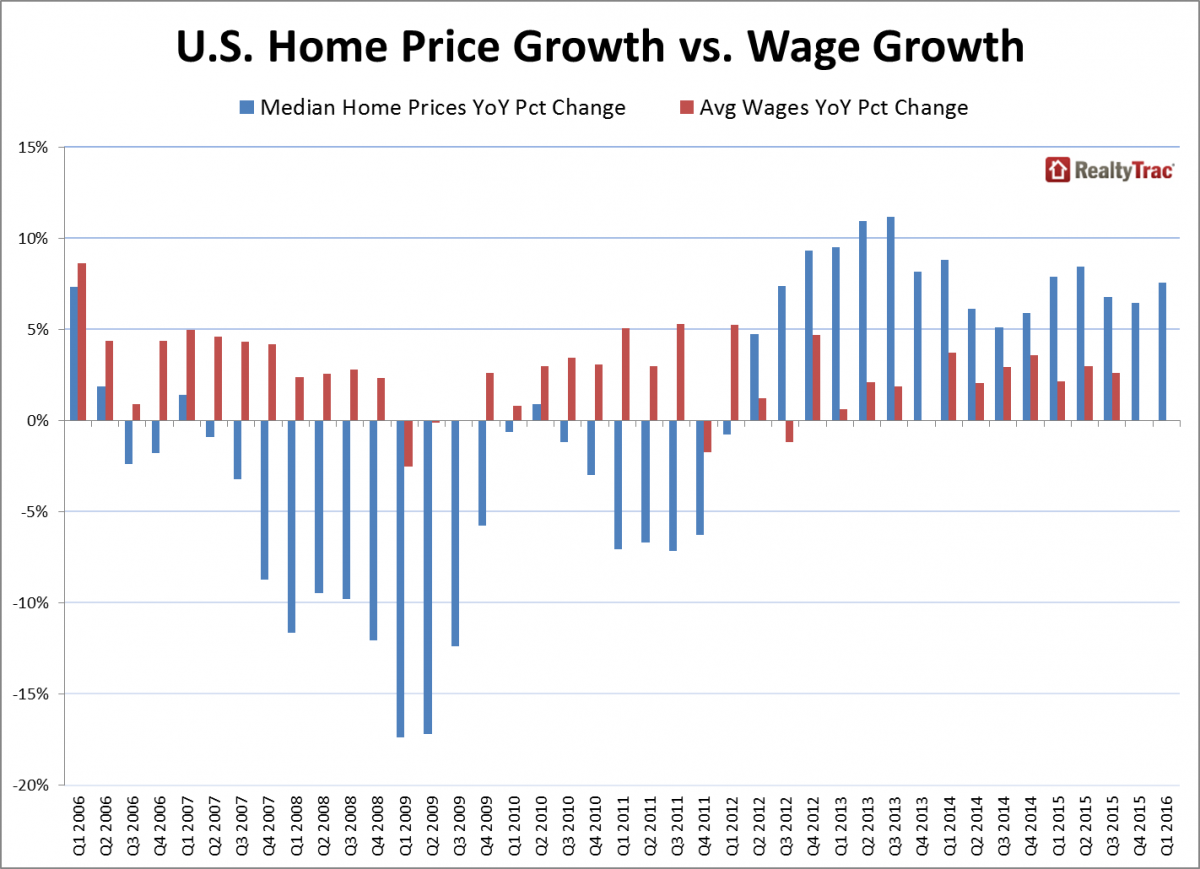 The main reason of the housing unaffordability includes not its absence or shortage but the expensive prices. The U.S. government implements the 10-years housing subsidy programs aimed at the decrease of the homeless rates in the country. The existing state housing subsidy system aimed at the prevention of homelessness and the social help to the homeless does not correspond to the scales and the nature of the problem and, judging by the speed and characteristics of the development of this system, does not assume a little noticeable efficiency. According to Florida, “lower income households, which receive the smallest and most limited kinds of assistance, face the biggest housing burdens. By far the biggest subsidy continues to go to wealthy and middle class homeowners”. The non-state system of the housing subsidy to the homeless is also obviously incapable having a significant effect on the condition of the problem and position of the homeless.

Poverty and homelessness compose the global challenges and the prime cause or the burdening factor of many other global problems which, naturally, complicate their solvation. Poverty and homelessness in the USA are projected on its economy, social relations, policy and culture. They directly influence such basic characteristics of a human life as the state of health and the education level. The main danger of the partition of the world into the zones of welfare and poverty is that in the conditions of the global transformations the connection of poverty with the other global threats and risks – the illegal migration, terrorism, the growth of transnational crime, etc. - is strongly amplified.

Homelessness is one of the serious problems all over the world, including in the USA. According to the data of the National Alliance to End Homelessness, more than half a million of the Americans are homeless. The State of California is the leader in the homeless rates as 20% of all homeless in the country live there. In the majority of the U.S. cities, there is a problem of high expenses on housing, especially for elderly people. In the United States, more than 30% of tenants and 23% of house owners older than 50 years spend more than a half of the income for a covering of housing expenses. Most often, the reasons for homelessness include the problems of mental health and drug addiction. However, there are a lot of homeless among the elderly people. Generally, they are the people who worked in the conditions of the low qualification and received a low salary. They are the Afro-Americans and the representatives of the other ethnic minorities.

The discrimination in the employment sector greatly contributes to the increase of homelessness. It differentiates people in the labor market and leads to the emergence of the advantages between the equal characteristics of workers. The main reason for the emergence, existence, development and rooting of labor discrimination, leading to homelessness include the low level of the legal culture and legal education of citizens. The second reason is represented by the domination of the informal practice over the formal one. The third reason is caused by the inequalities of workers in the sphere of the labor relations. Thus, homelessness is one of the essential sources of the corruption which penetrated the power structures. Being deprived of the possibilities of legal earnings and searching the possibility of a survival, the homeless are forced to work informally, enriching, thus, the shadow economy of the USA. It is the nutritious soil for the corruption. The delegalisation of the homeless destroys not only the legal economic sector of the country but also the government.

There is an urgent need for the struggle with the homelessness aimed at the elimination of the problem of homelessness in the USA in all its forms as the inconsistent with the humanity principles and the norms of the modern urban civilization and the national traditions. The first recommendation for the elimination of homelessness in the USA includes the maximum coverage of the homeless people by the government. The possibilities of the affordable housing should be equally given to all citizens throughout the country. The integrity, presupposing the development of such resocialization programs which would have the integral character, composes the second important recommendation on the way to the elimination of homelessness. The constructive stimulation of the homeless people and the long-term of the initiatives and the programs aimed at the decrease of the homeless will give the positive results. Thus, the complex analysis of the problem of homelessness, affordability of housing and poverty shows that the level of homelessness in the USA reflects the compliance of the legal system with the human rights, freedoms and interests as well as the place of a person in the system of values of the elite defining the policy of the country.