Economic slowdown refers to an incidence where the rate of economic growth under the banner of the gross domestic product experiences a slump. The decline in the rate of economic growth, however, does not serve as a pointer of decline but rather, the economy growing at a slower pace compared to the previous periods. On the other hand, consumer confidence is the hope that the populace has that stabilization of the economy is set to guarantee them jobs, better healthcare, and the provision of the essential services. Therefore, there is a direct relationship that exists between economic downturn and consumer confidence. Often, the relationship between economic slowdown and consumer confidence is inversely proportional in perfect markets but unpredictable in economies where government interference is high. This paper aims to discuss the concept of economic and consumer meltdown in light of an article from the Wall Street Journal.

The article What Slowdown? Chinese Consumer Confidence Still Strong by Talley Ian presents a vast array of economic issues within China (Talley, 2016). To delve on the issues that are presently at hand, there is the need to discuss the contents and key points that are identified by the author of the article. The article mainly focuses on the consumer confidence that is generally driven by the Chinese populace. As such, the author of the article points out that job security is a guarantee to the Chinese workforce thus no need for the citizens of the country to worry about their work. Furthermore, people only have to concentrate on how they are set to balance their job and family and address the health issues that are likely to arise.

The economic aspects that are discussed in the article are solely viewed under the radar of the Chinese government. It is working with sleuth and dictatorial tendency to ensure that the image of the Chinese economy is shown to the world in a positive manner. One of the measures that have been presented by the countrys government is the sanctioning of the media on the negative reports regarding the curves of the economy of China. Second, the Chinese government uses an experiential model that assures the populace that the economic growth that currently stands at 7% is sufficient to guarantee jobs and provision of health services (Talley, 2016). China is one of the strongest economies in the Asian region and a major rival to the American economy and the European Union. What mainly stands out in the article is that the government plays a significant role in determining how the economy runs and operates. The strategy of the Chinese government is unlike that of other leading economies such as the European Union where the market players set the market dictates that run and steer economic growth.

Connection between the Article and Economic Tools

Analysis of the Article

To analyze the article in light of the time series data, there is the need to get an understanding of the data that is presented in the graph attached to the article. The graph is attached below. 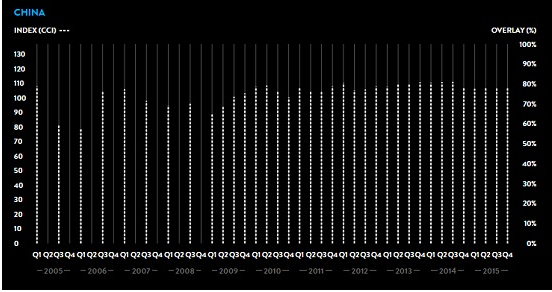 Figure 1. The plotting of the value presented based on the Commodity Channel Index